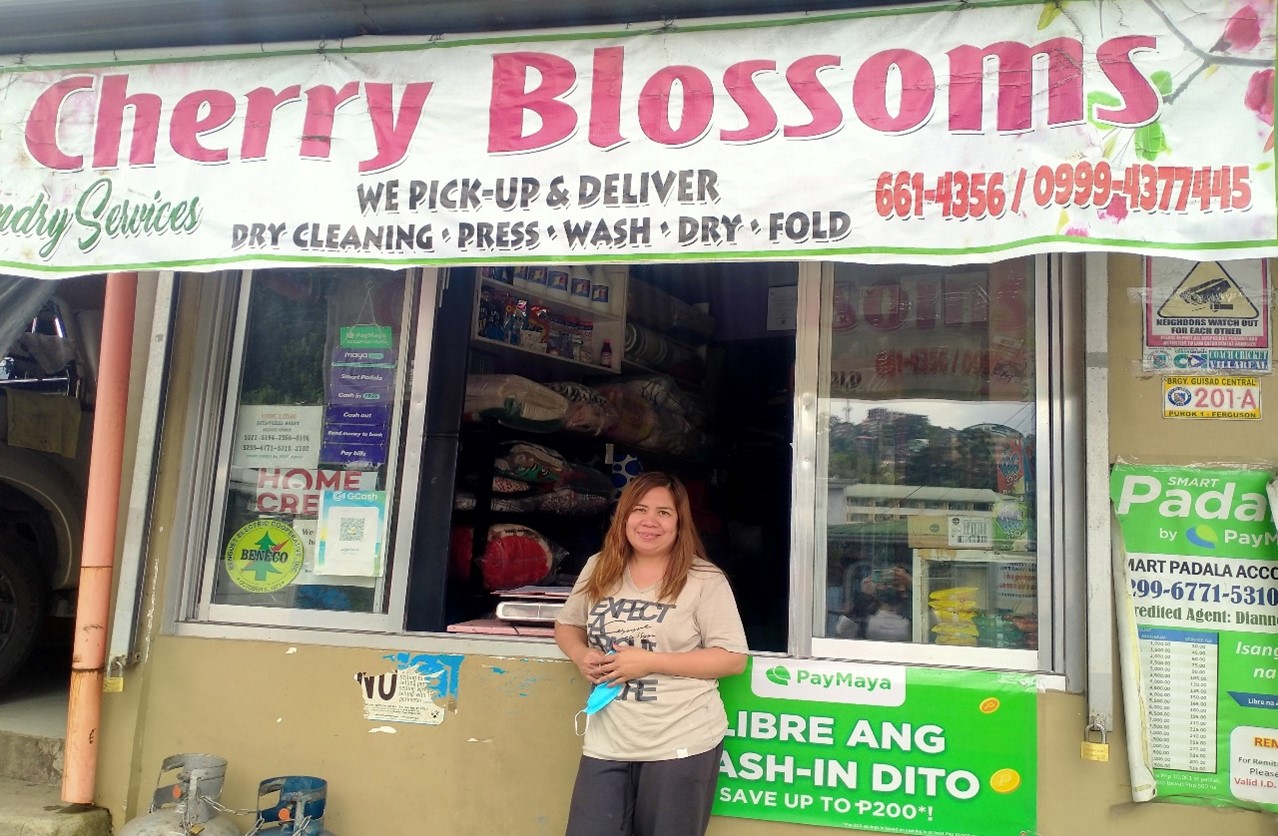 A native of an agricultural province, Lily Anne Navaroza never imagined she would become a businesswoman in a city.

We face our fears for a reason and overcoming them allows us to better ourselves. Lily Anne Navaroza, a 48-year-old laundry shop owner, faced her fears of change when she moved to Baguio City to start her own family. Originally from Pangasinan province, she grew up relying on three resources: fishing, farming, and salting. Little did she know that life had something different bubbling up for her.

Initially, she worked as a secretary for an insurance company. Because her income was insufficient to support her family, she considered starting a business to improve the quality of their lives but was often haunted by her fear of failure. Still, she carried on.

Many encouraged Lily Anne to join a microfinance institution so she could make loans to invest in her business. She was at first driven by fear, so she hesitated to join. But as a person who confronts fear, she saw the opportunity at the other side of her worries.

Lily Anne became a client of CARD Bank, a rural microfinance bank committed to providing a broad range of loan and savings products, as well as other services. According to her, CARD Bank was the institution who relieved her of her fears. Instead, it gave her a sense of security that one day, the bank’s promise of a “matatag na bukas” will come true for her family.

She successfully established a small sari-sari store with the support of CARD Bank and later added a laundry shop. Lily Anne is more motivated to try something new now that she knows CARD Bank is her partner in reaching her dreams. She acquired another loan from CARD Bank as an investment to purchase equipment and machines for her shop.

Her laundry service is popular, she claims, especially among students living in boarding houses and CARD MRI employees, who continue to value her services.

Lily Anne has already obtained a P250,000 loan from one of her loan cycles from CARD Bank, which she used to purchase a new dryer and machine in order to improve the quality of service to her customers.

“CARD Bank has not only been a great help with the capital I use in my business, but it has also served as a guide to properly running my business,” Lily Anne stated.