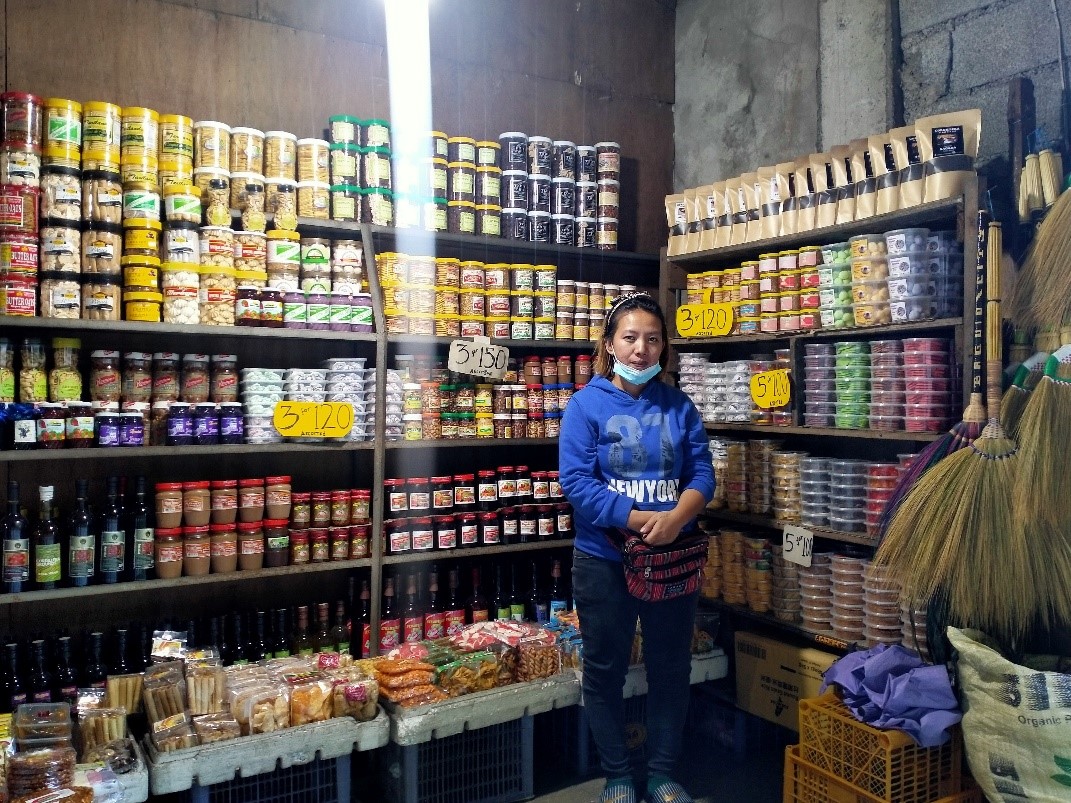 Liza Pitas consolidates products of other entrepreneurs in her store to sell to tourists going back to their homes from a vacation spent in Baguio City.

As a well-known tourist destination, Baguio City is a home to entrepreneurs who make a living out of selling pasalubong to tourists. One of those locals is Liza Pitas from Benguet.

It was not her intention to sell pasalubong; it just so happened that when she returned home from abroad, her mother and youngest sibling both had a pasalubong shop, so she was enticed to try this business as well. She handled the business through the help of her husband. She sells Baguio products including peanut brittle and strawberry jam. They also sell brooms, and vegetables.

She was initially focused on pasalubong, but when she noticed that no customers were coming in, she decided to include vegetables as an attraction for them as well. However, it was the wrong season for her to sell vegetables because nothing was sold at that time. As a result, their products spoiled, causing her losses. That was year 2014-2015 but that challenges cannot make her give up easily.

In this situation, she considered obtaining a loan from CARD Bank. She also has a high level of trust in this institution because her mother has been a CARD Bank customer for a long time. She borrowed PhP50,000 from CARD Bank and used it to restart her business again.

When La Preza opened in 2016, their income began to increase. It became a tourist attraction because some famous television actors used to film a drama there, which is how the Pasalubong Center became well-known.

She was able to expand her area in 2017 through the help of her family. To complete the capital requirement of PhP100,000 for her business expansion, she borrowed PhP50,000 from CARD Bank. During the pandemic, CARD Bank again provided her access to financial services during the COVID-19 pandemic so she can recover from the grave impact of the global health crisis.

“Just take every chance that you get. A success Is not an easy journey, learn to walk your way to the top,” Pitas concluded.